Give Your Revolver That Custom Feel With Apex Hammers 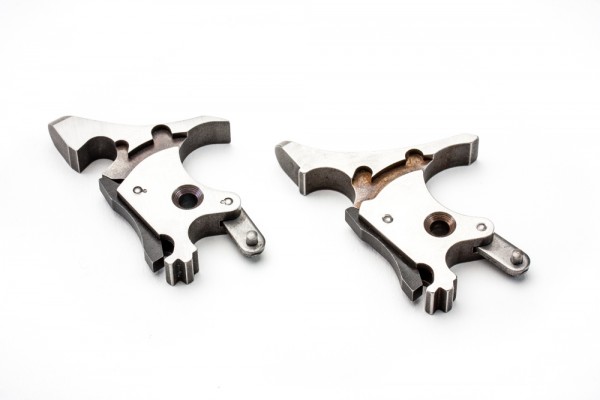 LOS OSOS, Calif. – Give your Smith & Wesson revolver the feeling of a custom tuned action with an Evolution IV or Mass Driver Hammer from Apex Tactical Specialties, the premier custom revolver house in the country.

“Our drop-in hammers are designed and engineered to deliver a significant performance upgrade by converting the Smith & Wesson revolver into a double-action only with a trigger stroke that is smoother and lighter than anything offered by the factory. So, with the help of an Apex Evolution IV Hammer, what was once a heavy, gritty double-action trigger pull in the low to mid teens can now resemble a custom shop revolver,” said Randy Lee, president and CEO of Apex and one of the nation’s most respected revolver gunsmiths.

Utilizing the same precision manufacturing process and high quality stainless steel, the Evolution IV N-Frame Hammer is ideal for upgrading models such as the Smith & Wesson 625, 627 and 929 revolvers.

Apex’s Mass Driver Hammer improves ignition of 22LR ammunition by increasing the mass of the hammer’s impact surfaces, allowing for lighter double action trigger pulls than with the factory’s stock hammer. It is designed for use in the Smith & Wesson Model 617-4 (and later) and is ideal for competition and recreational use. The Apex Mass Driver Hammer, with sear, stirrup and spring, replaces MIM Smith & Wesson factory components to ensure consistent performance. 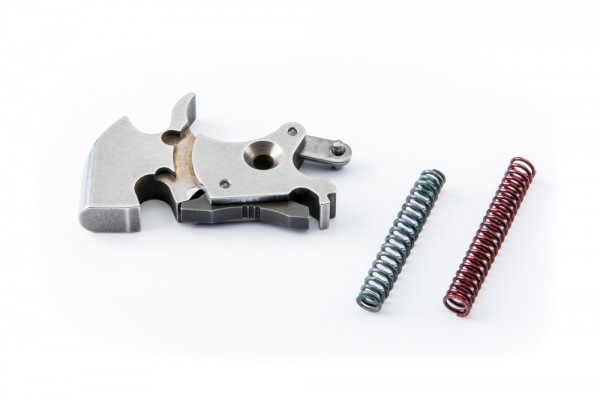 The Apex Evolution IV and Mass Driver Hammers are among other upgrades Apex offers for Smith & Wesson Revolvers. The hammers retail for $149.95 and are designed as drop-in replacement parts. Due to variations in factory tolerances, minor fitting may be required and Apex recommends this fitting be performed by a competent gunsmith, though it is not always necessary.