General Info
When I assemble a Sig, I install what I call "the 3 primaries", first. They are as follows:
Decocking Assembly
Hammer Rebound Assembly
Magazine Release

The first 2 are mandatory to install first, they can be installed later, but with a fair amount of difficulty for people like me with large hands. The Magazine Release can be installed at any time.

Parts that don't need lube
Firing Pin Block, Firing Pin and associated springs. These parts will bind up with dirt and debris extremely fast if you grease them, so I leave them dry.

Lets get started
The order of the following pics are the order I assemble the gun, I've found this works best for me and is not necessarily the only way to assemble a Sig. 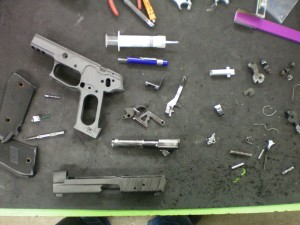 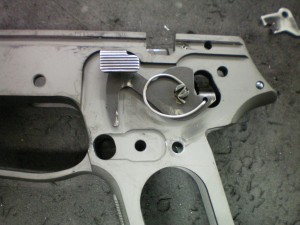 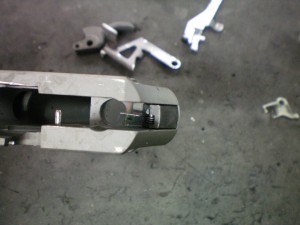 The double action face of the hammer gets filled with grease, the Sear is going to rub against the hammer when the trigger us pulled and requires a lot of lubrication. 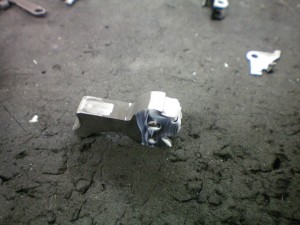 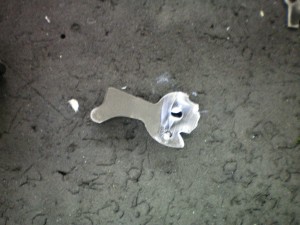 The double action notch on the right underside of the hammer needs to be greased also. 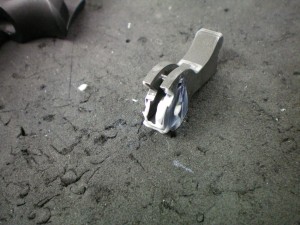 The Sear goes in next with grease on the DA face and on both sides. 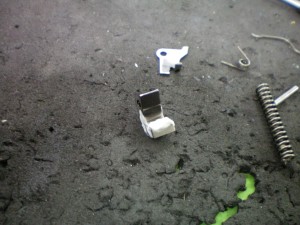 The safety lever gets grease on both sides and special attention on the Sear engagement trigger bar engagement surfaces. 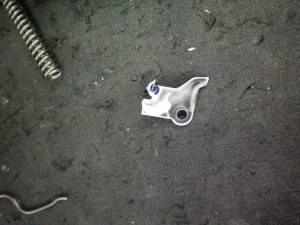 The Strut gets grease on the entire top section 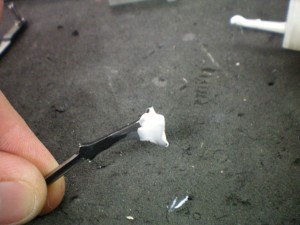 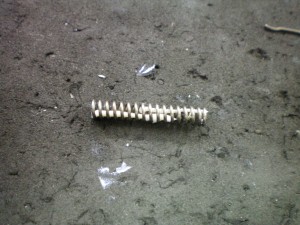 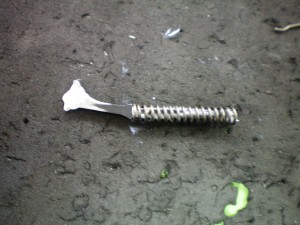 I always put a line of grease on the side of the frame the trigger bar rides on, this is a major drag point and should remain lubricated. 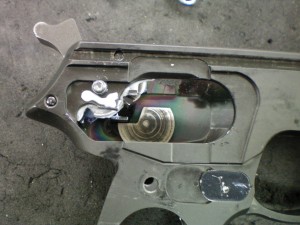 The Trigger Bar gets grease on most of the back end and some on the sides. 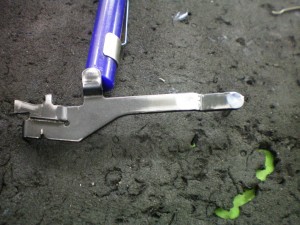 The Trigger doesn't need much grease, only the part where the Trigger Bar Axle contacts the Trigger should be lubricated with a small dab of grease. 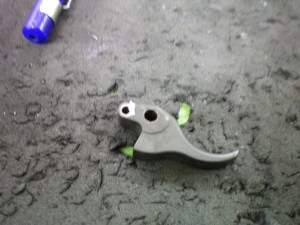 The Locking Block Insert gets grease on the underside lockup surface and the top nearest the back in the center as well as a bit on the recess for the Slide Lock Lever Spring. 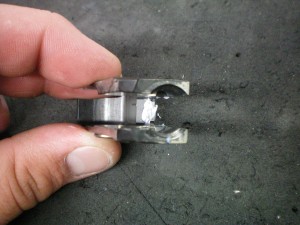 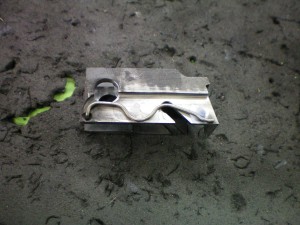 Once all the parts are installed, grease the rails and install the slide. 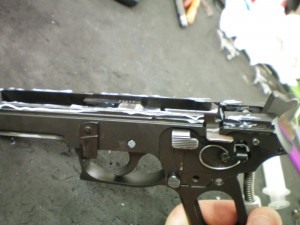 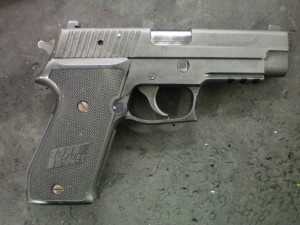