Today Will Moore and I attended the Smith & Wesson 2011 Shoot Out at American Shooters in Las Vegas. It was a great event set up specifically for the media. We got to take a sneak peek at some of the cool new stuff that a few of the big names are showcasing at the 2011 Shot Show.....and we even got to shoot some of them.

When we walked in the door at American Shooters, we were greeted by the sight of an incredibly well put together store with more than enough sales personnel to point us in the right direction. We headed straight to the registration counter to get our name badges, raffle tickets and these really cool Smith & Wesson Range Bags full of all kinds of loot. 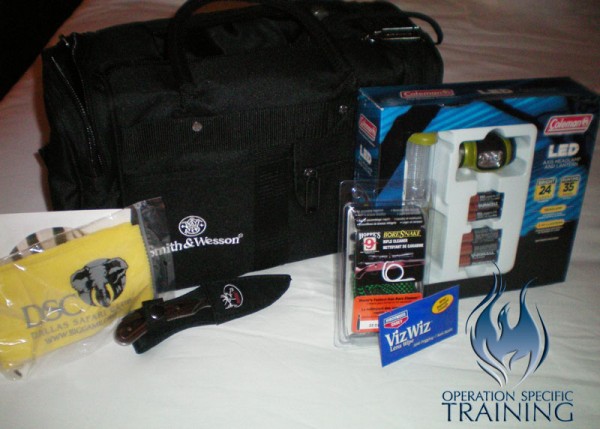 Will and I headed to the raffle wheel that looked like it should have Bob Barker standing there with his long neck microphone, took a spin on the wheel and both landed the Crimson Trace tile. 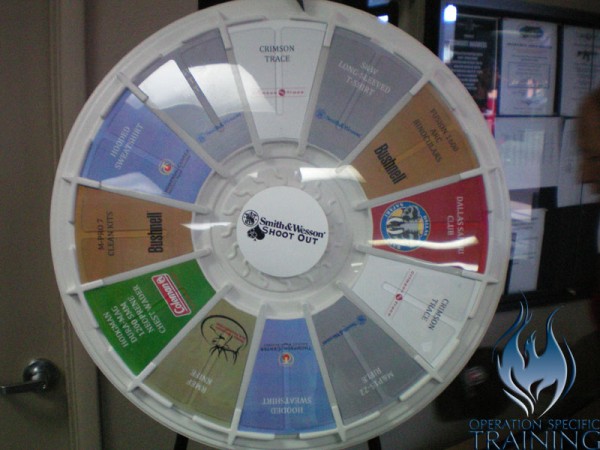 The pay out was great, we got T-Shirts, hats, hoodies and a Crimson Trace gun rug. 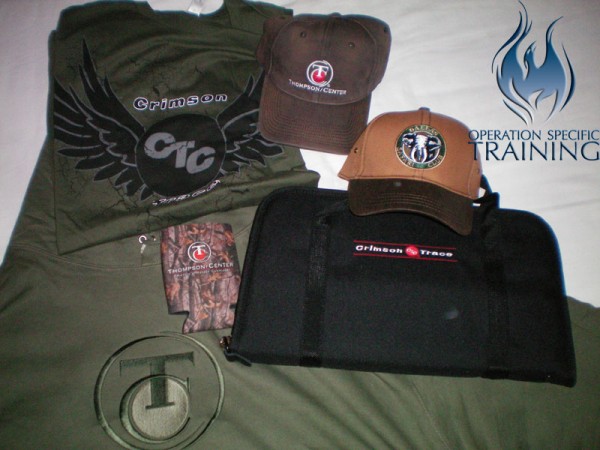 On to the part that everybody wants to hear about.....the new gun stuff.

We hit the S&W table first where we got to play with a couple of nice looking Performance Center revolvers, the model 629 with a full custom barrel and the 17HMR Varmit annihilating revolver. Next was the M&P22, the outside looks and feels the same as the standard M&P but without the interchangeable back strap. It's lighter than the standard M&P's, but that's to be expected since the slide is aluminum, over all it's a nice feeling gun and it shoots like a dream, I was only permitted to fire 5 rounds from each gun, but I could see myself ripping off rounds very quickly.

We got to play with the Smith & Wesson Governor, a 6 shot revolver the fires 410 gauge shot shells, 45 ACP and 45 Colt cartridges. The gun comes with 2 and 3 shot mood clips, so you can stagger your loads. It seems to be a nicely built gun with plenty of potential for use as a "Truck Gun", as Will put it. 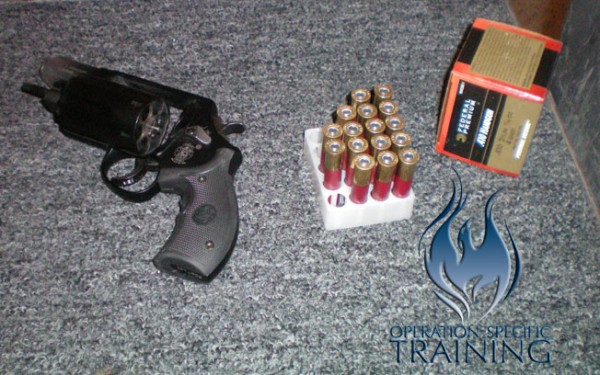 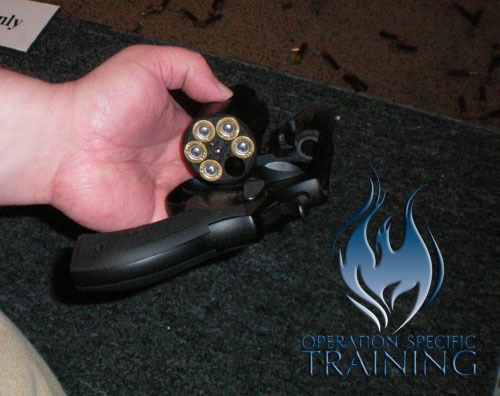 I had my first look at the PPQ from Walther too. It's basically a short reset version of the P99. I found the gun to be smooth to shoot, with very little over travel and a "Right Now" reset that gets you back on target and on the trigger before you know it. The reset is so fast and crisp, I nearly broke a couple of doubles because of how I reset the trigger. I think the PPQ has some potential here. 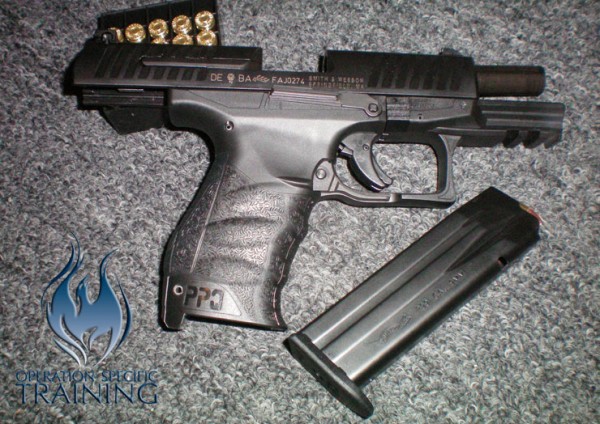 Next we hit the Howard Communications table, they were displaying the lates from Bushnell Optics, Tasco and Hoppe's. We even picked up a Hoppe's Air freshener for Lisa's truck.

The Crimson Trace table was next up and they had some cool new stuff to show us. First was their new line of wrap around Laser Grips featuring all kinds of exotic woods and other materials like G10. They come in all the different colors, textures and features. The best part about the exotic material wrap around grips is that they changed the activation switch from the center of the front strap, split is in 2 pieces and moved it to about the 10 o'clock and 2 o'clock positions to allow for easier activation with gloves on as well as leaves the space free for a pressure switch on a Surefire light.

The coolest thing about the Shoot Out was the Crimson Trace Lightguard. A slim line combination light and laser that fits your gun with the fit and form you would expect from an artist. It's sleek, smooth and light, narrower than the slide so it won't bulge any more than the gun currrently does when it's concealed. The one we played with was attached to a S&W M&P 9 and maintained the balance of the gun while adding a 100+ Lumen light source. The Lightguard is perfect for Concealed Carry and has me wanting one badly for my M&P45C. As I understand, they have the Lightguard out to maor holster manufacturers in an effort to have holsters readily available for them; Safariland, Blade Tech and Galco were mentioned as possible new holster sources for the Lightguard....Sorry, I wasn't able to get a pic of it today, perhaps tomorrow.

Here are a few shots of Will shooting the S&W M&P15, with various optics and Crimson Trace lasers. 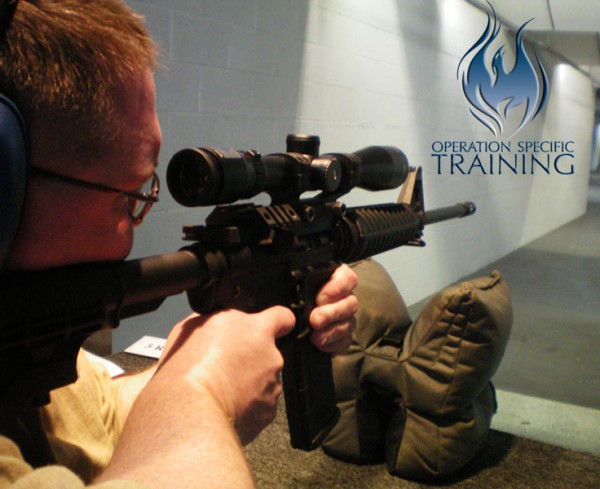 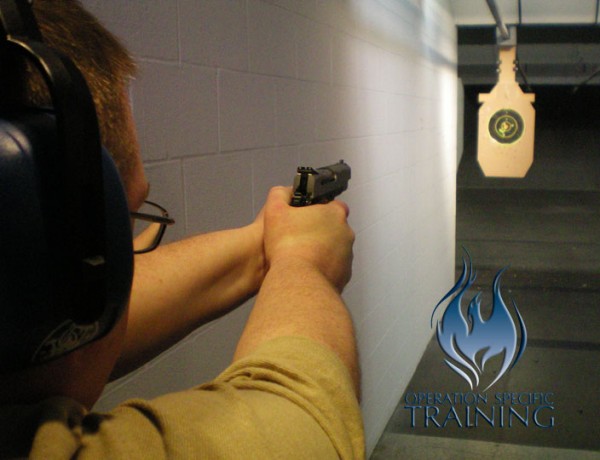 You can see the Green Crimson Trace Laser on the target in this one. The S&W Rep stuck a reflective sticker on the X-ring of the target....light that thing up like a Christmas Tree. 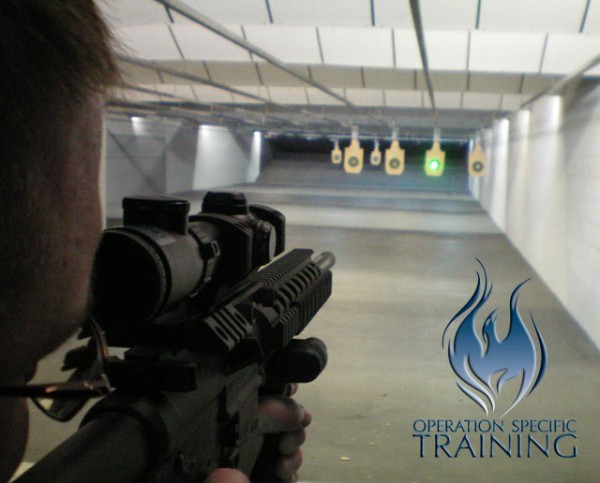 More to come after tomorrow's opening day at the show.