The coolest shirts on the planet

While at the awards for the 2010 Steel Challenge, Paul Erhardt came up to me and told me I was needed outside. I found this semi strange because Paul was wearing a Pink Tie-Dye shirt that had "Women of USPSA" on the front. Knowing not to argue with Paul, I went out side, where he promptly handed me the same shirt and instructed me to model for a picture...Well I'm no model, but I put on the shirt and complied. 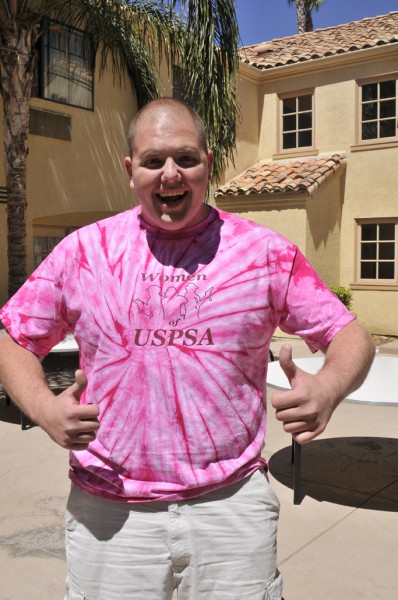 Since I had used my Pink Talon Tactical Magazine Carriers at the match, I thought the shirt was pretty cool. So I tried to walk off with the shirt, but Paul wasn't about to let that happen. I told Paul that I'd need to obtain one of those shirts for myself purely because it's cool and that's why I'm writing this post. I just received the link that the Women of USPSA Web Store is up and running.

Now, go order a shirt, a bag or an umbrella and support the ladies of this organization. I gotta say, I really like Athena Lee's quote on the new shirts.