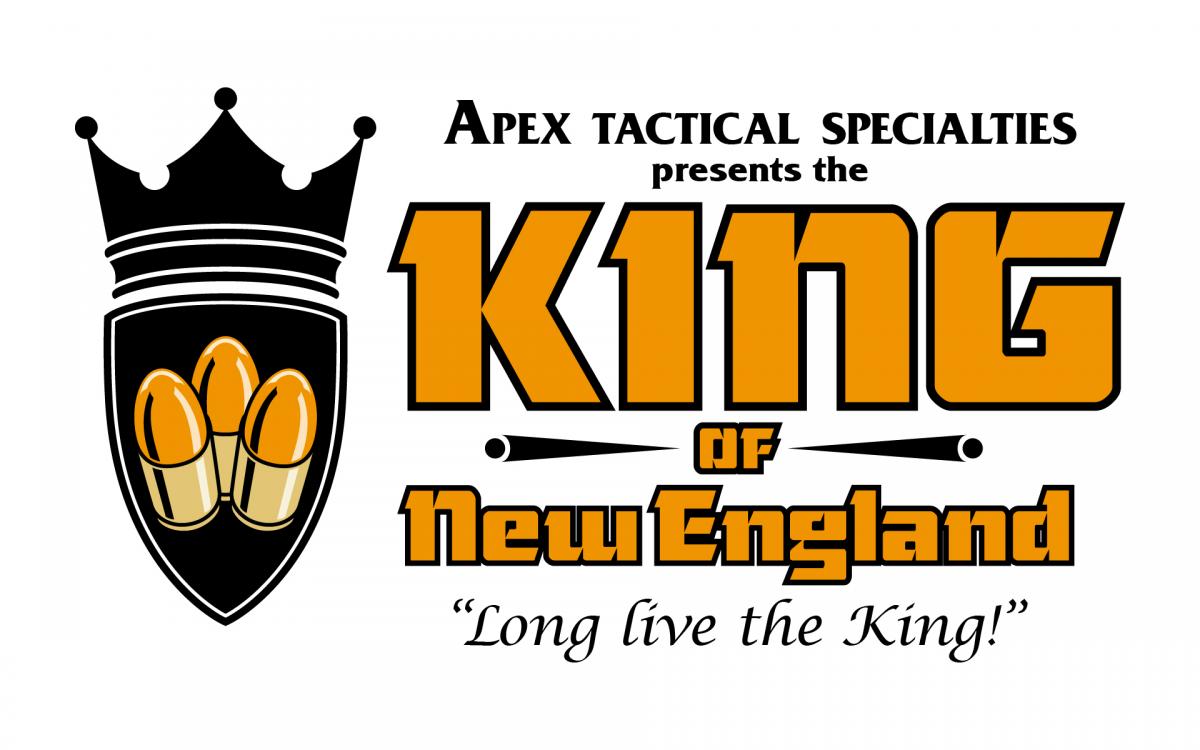 LOS OSOS, Calif. – Apex Tactical Specialties, the presenting sponsor of the King of New England series, is proud to announce the current standings after completion of the second leg of the event – the New England Regional IDPA Championship.

Bill Thorpe joins Lane and Adams after winning the Revolver division title in both the Massachusetts State Championship and the New England Regional. His solid performance puts him in the lead for the King of New England title with 207.46. Close behind, and well within striking distance, is Gene Gelberger with 211.63. They are followed by Wil Cournoyer (235.55), Bob Biehl (241.59) and Andrew Luneau (291.24).