What We Carry: M&P Shield 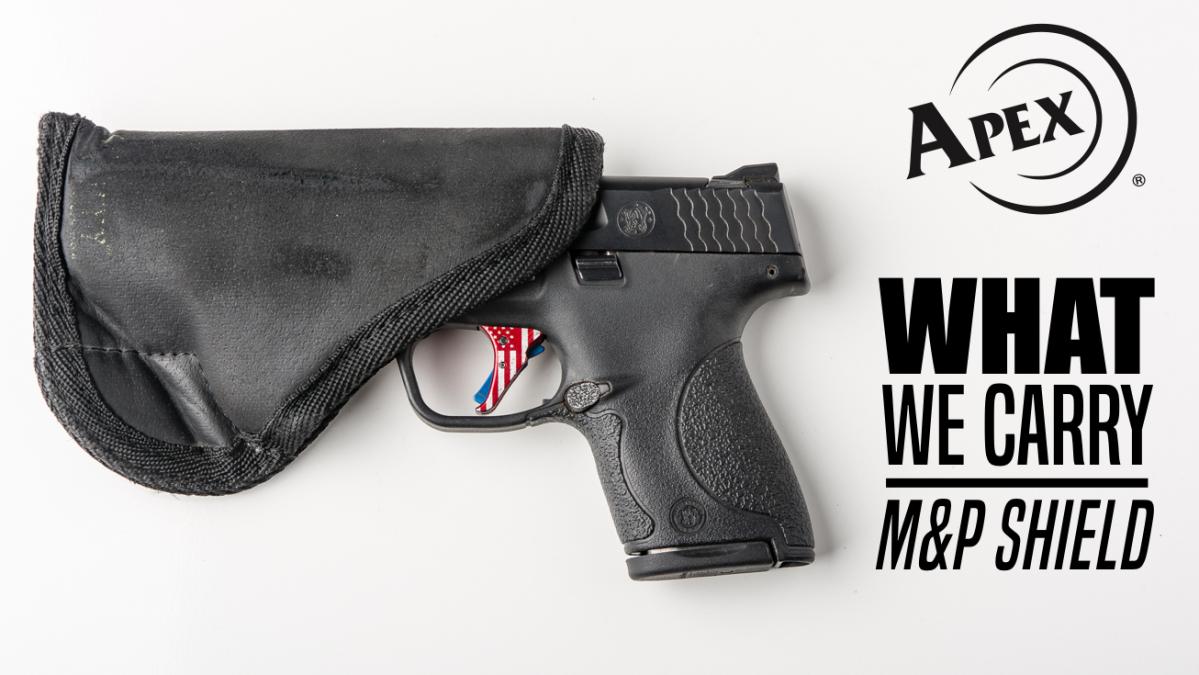 The most obvious everyday carry for people here at Apex is – undoubtedly – the M&P Shield. It is by far the most popular carry option here at Apex with a number of people counting on an Apex'd version of the Shield for their personal protection.

The slim, staggered single-stack Shield was introduced by Smith & Wesson back in 2012 at the NRA Show in St. Louis. Thanks to one of the industry's best planned product launches, where aftermarket sights, lasers and a myriad of holsters were immediately available as the new pistol was shipping that weekend to dealers across the country, the Shield immediately became one of the most popular carry guns on the market.

And it wasn't just with men that the new Shield found its place in the concealed carry market. Women shooters were quick to pick up the Shield as well, and in numbers that were probably just as surprising to the folks at S&W's corporate headquarters in Springfield, Mass. One of those women buying a Shield was Apex’s own Kayla.

Kayla joined Apex back in California right out of school at Cal Poly and then made the trip with us as we relocated to Arizona. Shortly after arriving in the Grand Canyon State she started looking for a pistol for personal protection, which would actually be her first handgun.

Kayla settled on the 9mm M&P Shield for a couple reasons. The first was its shootability and how accurately she shot it. The second was the pistol’s slim, compact profile which allowed her to easily carry the Shield on body, even in Arizona’s wildly hot summer months when extra layers of clothing aren’t so popular. 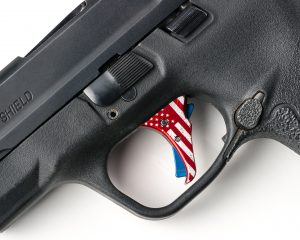 Finally, the third reason, which is probably the coolest reason, is that Kayla is one of the people here at Apex that actually makes the parts that go into the trigger kits for the Shield.

In the case of Kayla’s Shield the kit in question is the Apex Action Enhancement Trigger and Duty/Carry Kit. Specifically the red Freedom Edition version. And, even more specifically, one with a blue center mounted pivoting safety – which we do not offer.

Wait! What? How's that even possible, you might ask. 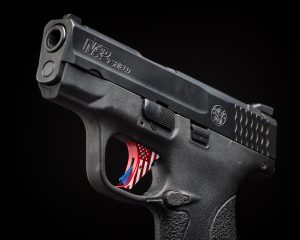 Glad you asked. It's kinda like that old American Express ad campaign slogan, 'membership has its privileges.' Well, so too does working at Apex. Not to mention one very important fact that not many know. Kayla is the one who came up with the whole Freedom Edition concept in the first place.

So, letting her personalize her trigger with a blue safety is a small price to pay for getting to call the triggers 'Freedom Edition' and not 'Kayla Edition.'

To carry her new EDC Kayla went with Sticky Holsters' MD-4 Medium Sticky Holster. She carries inside the waistband. Being a woman, Kayla wears tighter clothes than most non-skinny-jeans-wearing men, so the Sticky Holster works well, and as a lefty she doesn't need to order a specific left-handed holster as the MD-4 is ambidextrous.

That's her EDC – Shield, Apex trigger upgrade and holster. Of course, her WCC (weekend competition carry) is a tad bit different with her STI Edge, Mossberg 930 JM Pro and tricked out Armalite AR15...your basic 3-Gun setup. She also has a custom 1911 in .45ACP that she just built in an in-house class with Apex founder and renowned gunsmith Randy Lee.

What can we say, 'membership' really does have its privileges. 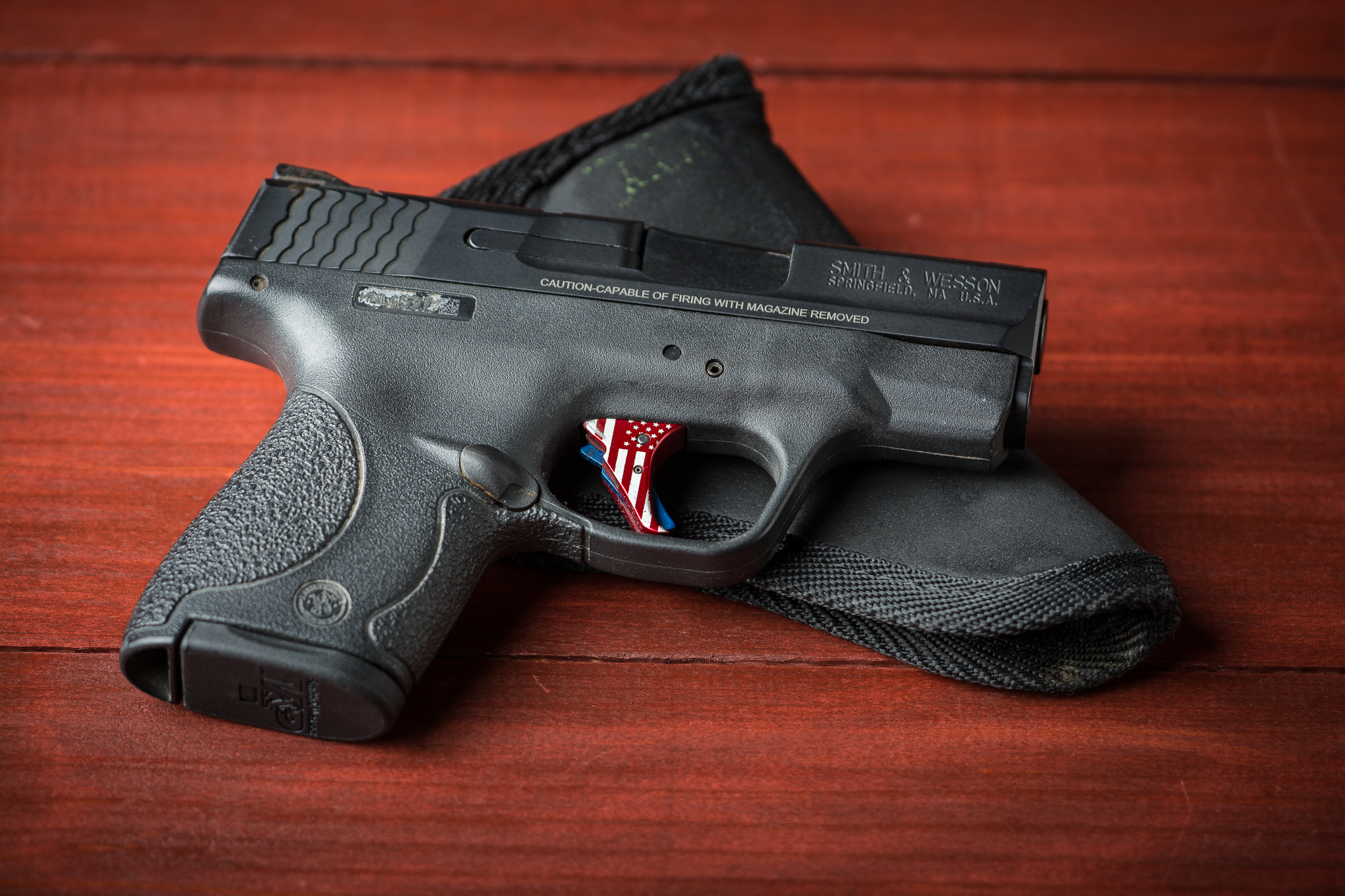